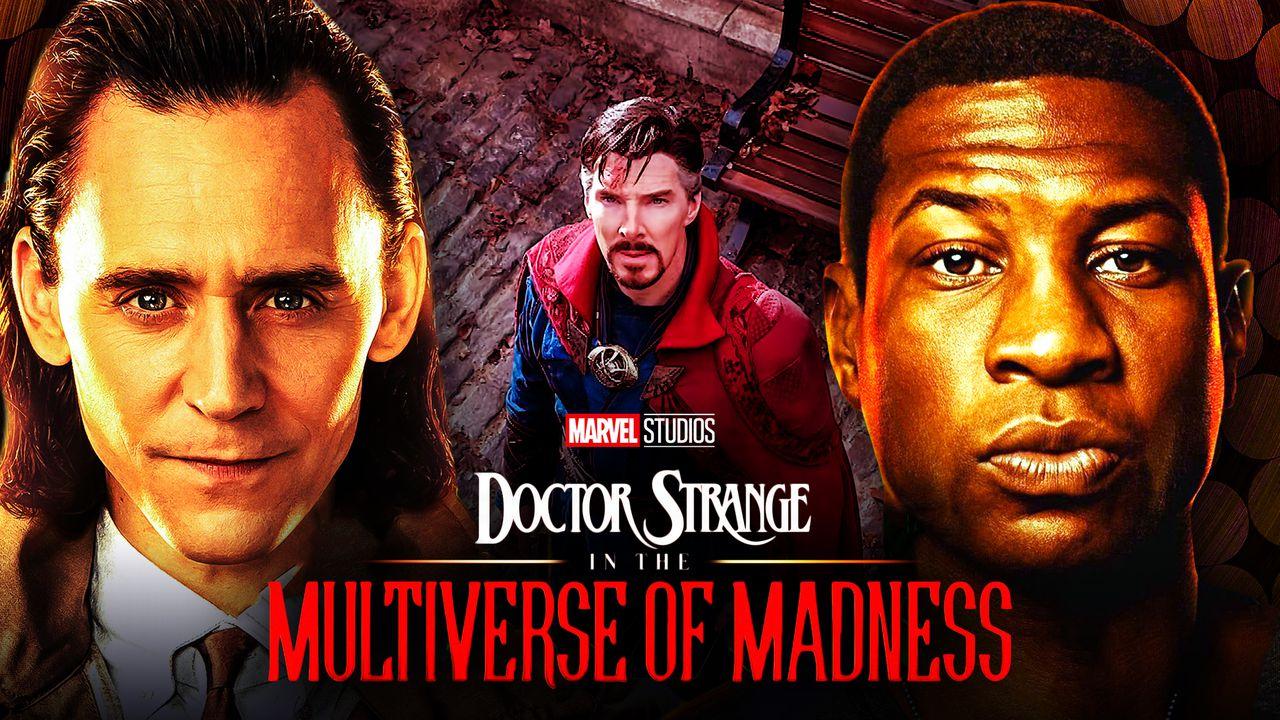 Doctor Strange 2 in the Multiverse of Madness may be a sequel to Benedict Cumberbatch’s 2016 film, but it’s also way more than that. Marvel Studios’ first theatrical venture of 2022 is actually the culmination of several MCU Phase 4 projects to date, including WandaVision, Spider-Man: No Way Home, potentially What If…?, and Loki’s Multiversal romps.

Set to release on May 8, 2022, Doctor Strange in the Multiverse of Madness looks to follow the Multiversal happenings of Spider-Man: No Way Home; but for those who expected big-screen MCU projects to ignore the studio’s supposed supplemental or stand-alone series on Disney+, think again.

In addition to Elizabeth Olsen’s Wanda Maximoff, fresh from her WandaVision Disney+ story, accompanying (or antagonizing?) the Sorcerer Supreme, the upcoming film was also written by Michael Waldron, who happened to have penned Loki for Disney’s streaming service.

In fact, according to one of Doctor Strange 2‘s producers, the Tom Hiddleston-led series was a huge influence on certain aspects of this upcoming film and served as a sort of Multiversal primer. 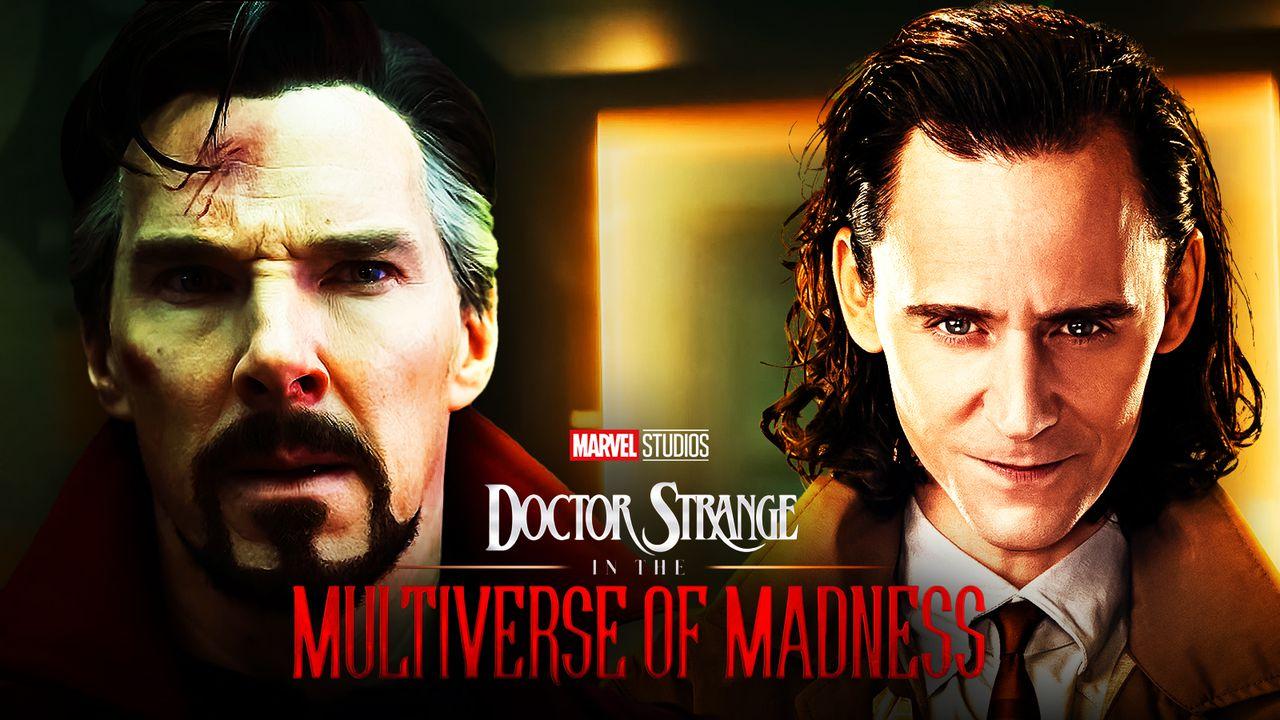 In addition to Palmer describing Multiverse of Madness as a “shotgun blast to the senses,” the producer also teased that this film is where the Multiverse is “going to get cracked wide open:”

“We are going to be treading into new territories with this. At its heart, this is really a story about Doctor Strange entering the Multiverse for the first time. Through his experiences in Spider-Man: No Way Home, fans got to learn a little bit more about the Multiverse – but this movie is really where it’s going to get cracked wide open.”

All of this, and the explanation of the Multiverse itself, was penned by Michael Waldron. And, according to Palmer, Waldron’s subsequent involvement in Multiverse of Madness “was a blessing for us, because we got the guy who created the rules of the Multiverse for the Marvel Cinematic Universe to come in and continue that story in our movie.”

Not only was Waldron a sort of primary source for the Multiverse of Madness team, but his work on Loki helped eliminate the need for heavy Multiversal exposition in the film, saying, “We found that we didn’t need to spend a lot of time recapping the rules; we felt the audience would get a lot of that by now:”

“It was really exciting. We found that we didn’t need to spend a lot of time recapping the rules; we felt the audience would get a lot of that by now. With Michael, we could jump into telling a good story within what’s already been established.”

Even though Marvel fans have seen Loki dabble in the Multiverse, and characters from other universes cross into the MCU in Spider-Man: No Way Home, it certainly sounds like Doctor Strange 2 is Marvel’s huge deep-dive exploration into these various universes and timelines.

While that reality is fascinating for a fan; for a writer, a plot involving various characters and universes, coupled with paying off stories from other projects and franchises, is, like the name implies, madness.

Therefore, it makes sense for Marvel Studios to rely on what’s already been established in Loki and from the writer who did the establishing. And, actually, from a fan perspective, this is reassuring because it establishes that the rules audiences were taught do matter.

However, for the portion of the theater-going audience who skip Marvel’s Disney+ content, that’s a problem, since Loki (as well as WandaVision) may now be required viewing for Multiverse of Madness.

Palmer basically said as much when he commented that “we didn’t need to spend a lot of time recapping the rules; we felt the audience would get a lot of that by now.” Plus, there are also rumors that characters from Loki may also cameo in the film; and without having seen the series, audiences may not know who those characters are and/or why Loki has changed.

Granted, Marvel has always trusted their audience to do their homework; but now, only a year into the Disney+ MCU model, it looks like the Multiversal understanding ahead of Doctor Strange 2 may be the Marvel audience’s greatest test of all.

In regard to Loki‘s additional influences on the Strange sequel, it’s great to see that Palmer and the Doctor Strange 2 team recognized how Waldron utilized Loki‘s various timelines and unique circumstances to create meaningful moments between its characters.

Loki‘s premise of a villain trapped in a time-related bureaucracy sounds anything but warm or charming; but thanks to Waldron, audiences now remember the show for the God of Mischief’s path to that of a hero, as well as his moments with Sylvie and bromance with Mobius.

Those kinds of bonds – and that kind of growth – will be necessary to ground Doctor Strange in the Multiverse of Madness and give it heart amid all of its Multiversal woes and surprises.

Doctor Strange in the Multiverse of Madness is set to debut in theaters on May 6, 2022.